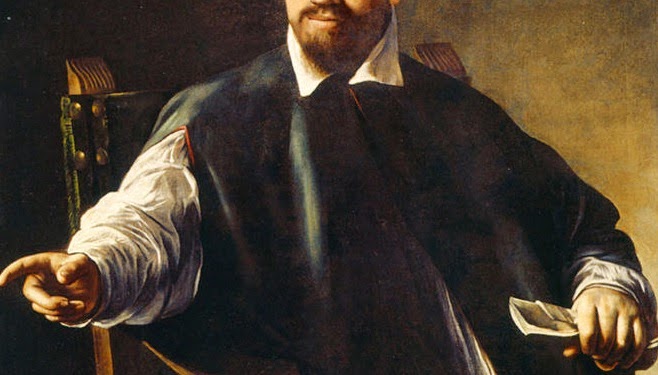 On December 23, 1527, Pope Clement received the draft of a dispensation Henry VIII wanted him to grant. Though Henry was still married to Katharine of Aragon in the eyes of the church, he was seeking permission to wed another woman – provided he was able to dissolve his first marriage – and this dispensation was supposed to clear any impediments to that union.

Proposed bull of dispensation for Henry VIII., in case his marriage with Katharine, his brother’s widow, be pronounced unlawful, to marry another, even if she have contracted marriage with another man, provided it be not consummated, and even if she be of the second degree of consanguinity, or of the first degree of affinity, ex quocumque licito seu illicito coitu [from any licit or illicit intercourse]; in order to prevent uncertainty in the succession, which in past times has been the occasion of war. 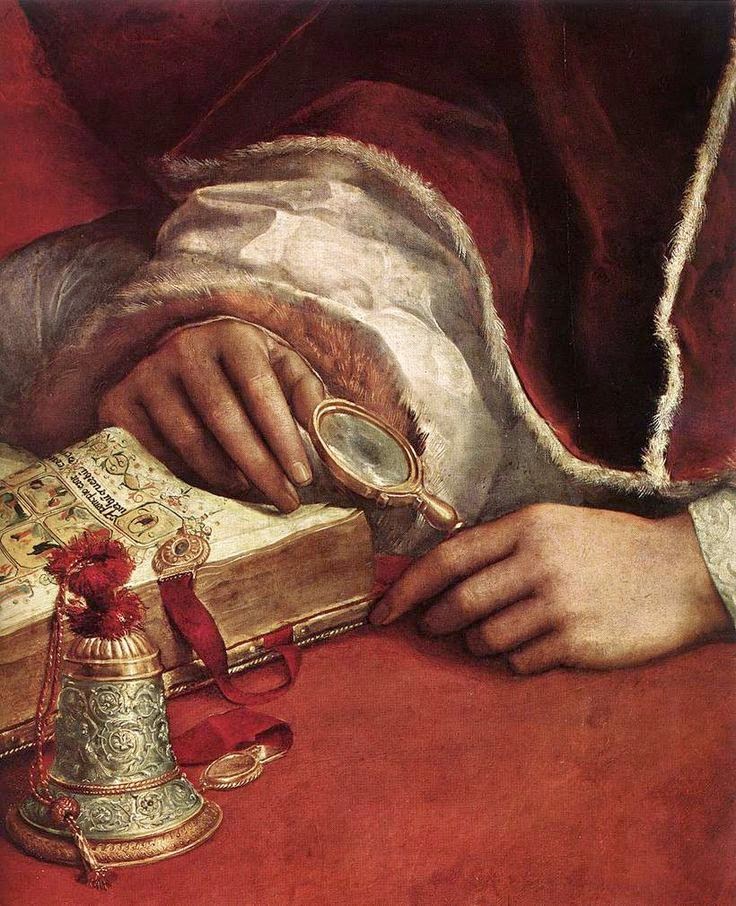 This version, nor the one eventually approved by the pope, did not directly mention Anne, but it cleared away any possible legal objections to their marriage. The dispensation went through multiple drafts before a final one was submitted to the pope and approved in April.

… in the event of a declaration of nullity of such a marriage, to be dispensed to marry any other woman whatever, even though she has already contracted marriage with another, as long as she has not consummated it with carnal coupula, or even if she be related to you in the second or more remote degrees of consanguinity, or in the first degree of affinity arising from whatever licit or illicit intercourse, as long as she is not the widow of your aforesaid brother, and even if she be related to you by spiritual or legal kinship and the impediment of public righteousness or honesty be present.

Some scholars believe Henry was trying to frame the dispensation in such broadly general terms that it could apply to other women besides Anne Boleyn as part of his continuing efforts to disguise his relationship with her. At this point, Henry still maintained that he was just trying to ensure his marriage to Katharine was entirely valid, and Anne was simply a maiden of his court he was flirting with. Almost a year later, in November 1528, he addressed the people and said:

And as touching the queen, if it be adjudged by the law of God that she is my lawful wife, there was never thing more pleasant nor more acceptable to me in my life, both for the discharge and clearing of my conscience, and also for the good qualities and conditions which I know to be in her. For I assure you all, that beside her noble parentage of the which she is descended (as you well know), she is a woman of most gentleness, of most humility and buxomness, yea, and in all good qualities appertaining to nobility she is without comparison, as I, these twenty years almost, have had the true experiment; so that if I were to marry again, If the marriage might be good, I would surely choose her above all other women.

But it’s questionable as to whether anyone actually believed him. By this time, everyone knew of his desire to marry Anne and make her his queen. 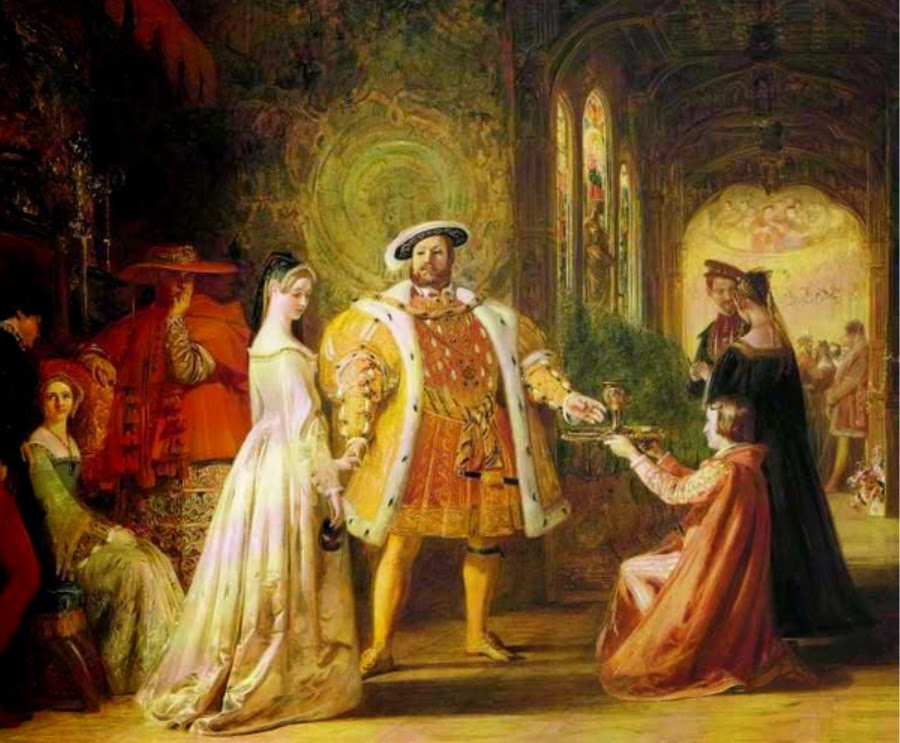 The dispensation brings up several interesting points about Henry’s proposed union with Anne. The wording that dispenses any precontracts Anne may have had is a little confusing – perhaps intentionally so – leaving it vague how far the precontract actually went. One version suggests she had entered into an actual marriage that was never consummated, while another suggests it was a contract entered before the unnamed woman was of legal age. As a result scholars aren’t sure whether the dispensation referred to the negotiations to marry Anne to James Butler, or her aborted attempt to marry Henry Percy, which might be what the “public honesty” clause referred to.

Next, the dispensation discusses any problems arising from affinity, or blood relation. It allows Henry to marry a woman who is even within the second degree of consanguinity. Henry and Anne weren’t related by blood except by the eighth or ninth degree – seventh cousins, once removed. The dispensation was clearing the way for him to marry a woman who might be as closely related as his third cousin. Was their some confusion over whether they might share a great-great grandparent, or that her proposed betrothal to James Butler/Henry Percy put her within the forbidden degrees of relation? (Henry Percy was the king’s third cousin.) The dispensation may have been meant to cut off any arguments that Anne’s entanglement with these men created an issue. 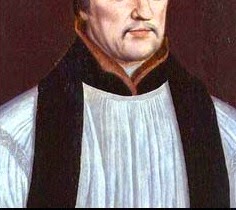 The “licit or illicit intercourse” the dispensation referred to was from Henry’s affair with Mary Boleyn. Henry was trying to annul his marriage to Katharine based on the scriptural prohibition from marrying one’s brother’s widow. His affair with Mary Boleyn created – in the eyes of the chuch – the exact same incestual relationship. Cardinal Reginald Pole wrote a scathing letter to Henry pointing out this very fact.

Now what sort of person is it whom you have put in the place of your divorced wife? Is she not the sister of her whom first you violated? And for a long time after kept as your concubine? She certainly is. How is it, then, that you now tell us of the horror you have of illicit marriage? Are you ignorant of the law which certainly no less prohibits marriage with a sister of one with whom you have become one flesh, than with one with whom your brother was one flesh? If the one kind of marriage is detestable, so is the other. Were you ignorant of this law? Nay, you knew it better than others. How do I prove that? Because, at the very time you were rejecting your brother’s widow, you were doing your utmost to get leave from the pope to marry the sister of your former concubine. 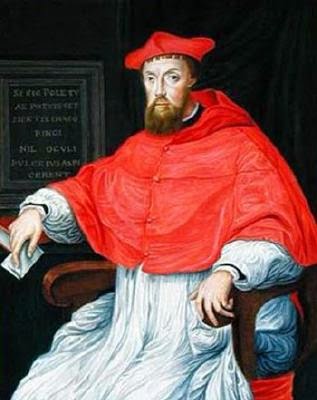 The final version dispensed with even spiritual affinity, in case a relationship such as being the godfather of one of Anne’s relatives created an issue. Once the final wording was agreed upon, the dispensation was granted by the pope. Henry had permission to marry Anne, provided he was able to get his first marriage annulled, an issue on which the pope had not decided.

Henry must have been delighted at the ease with which his commissioners were able to get the dispensation. He must have thought a quick judgment on the issue of his marriage to Katharine was coming and he would soon be able to marry his sweetheart.

But it was only the beginning.

Erasing Anne Boleyn from History: The Emblems and Badges
“Why did you chose history
Spread of Protestant Ideas
The Beginning of the End for Katheryn Howard
Henry Tudor
Share On Facebook
Share on Twitter