While Jane Parker traditionally takes most of the blame for the incest allegations against Anne Boleyn and her brother, George, the Countess of Worcester may be the one who betrayed Anne and sealed her doom.

Elizabeth Browne was born around 1502, the eldest daughter of Sir Anthony Browne and his wife, Lucy Neville. Sir Anthony served as the lieutenant of Calais. Lucy was an avowed Yorkist and did not support the reign of Henry VII. She supposedly once intimated that if the king should happen to die, she would seize control of the fortress of Calais and hold it for her cousin, Edmund de la Pole. The king fired a heavy shot across the family’s bow in 1507, imposing a huge fine on a trumped-up pretext. Lucy got the hint and kept her head down after that.

Elizabeth had a brother also named Sir Anthony Browne, who served as a close advisor to Henry VIII. He was so trusted by the king that he held a “dry stamp” of the king’s signature, carved in wood, used for impressing the king’s signature on minor documents, which would then be inked over. 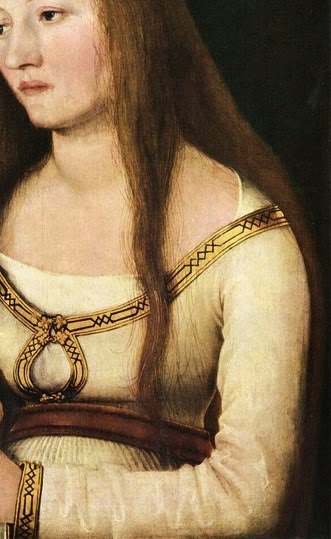 Elizabeth Browne married well. In about 1527, she wed Henry Somerset, Earl of Worcester. Somerset had been married first to Margaret Courtenay, granddaughter of Elizabeth Woodville, and a cousin of the king. They had no children before Margaret died, supposedly from choking on a fish bone.

Elizabeth’s marriage to Somerset was very fruitful. They had up to ten children together, though the number is somewhat in question because not all of the children lived to adulthood.

The couple seems to have had financial difficulties of some sort. Somerset never rose to a position of much prominence, and is barely mentioned in most histories of the era.

At one point, a “Mistress Browne,” first name unknown, was said to be a short-term mistress of the king. It’s generally assumed to have been Elizabeth, but there’s no direct evidence of it. Things of that nature weren’t considered important to the chroniclers of the era, and so the beginnings of most of Henry’s relationships are shrouded in mystery. We don’t know for certain that it was Elizabeth Henry was pursuing, or that the relationship ever progressed to the point of consummation. None the less, it may have given Elizabeth an unsavory reputation, or a vulnerability to accusations of that sort, as we will see later. 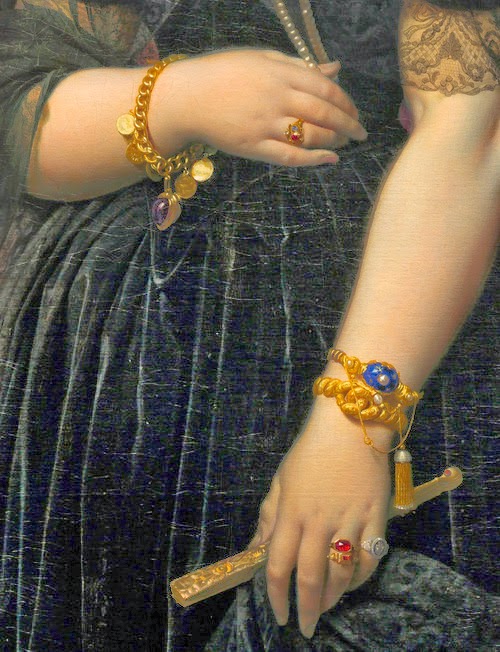 Elizabeth appears to have been a close friend of Anne Boleyn. Henry VIII’s privy purse expenses detail a payment made to a midwife for Elizabeth in February, 1530, likely on Anne’s behalf to assist her friend. Three years later, during Anne’s coronation feast, Elizabeth knelt beside Anne with a silver ewer, tasked with holding up a cloth in front of the queen whenever she needed to spit out a bone. To modern eyes, it seems somewhat of a demeaning task, but in the Tudor era, it was a position of high honor.

After Anne became queen, Elizabeth was appointed as one of her ladies in waiting. It must have been somewhat of a relief to Elizabeth and Somerset for her to have a steady source of income, but living at court was expensive. The financial troubles of Elizabeth and her husband seem to have continued, because in April 1536, she borrowed from Anne the substantial sum of £100 (about $40,600 in today’s money). Elizabeth did not tell her husband she had borrowed the money and later begged Cromwell not to mention it to him. 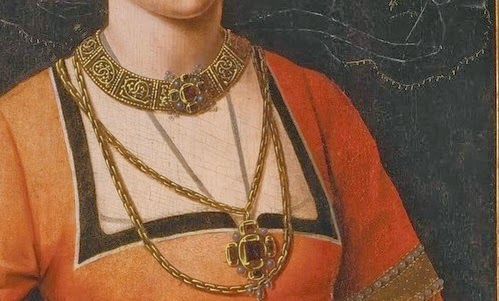 Less than a month later, Anne Boleyn was arrested on trumped-up charges of adultery and treason, and Elizabeth was named as one of the principal witnesses against her. How did Elizabeth come to betray a friend who had been so good to her?

Lancelot de Carles is the source which gives further details.

A lord of the Privy Council seeing clear evidence that his sister loved certain persons with a dishonorable love, admonished her fraternally. She acknowledged her offence, but said it was little in her case in comparison with that of the Queen, as he might ascertain from Mark [Smeaton], declaring that she was guilty of incest with her own brother. 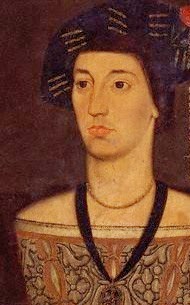 The “lord of the Privy Council” is identified as Elizabeth’s brother, Sir Anthony Browne, by John Husee, writing to Lady Lisle.

As to the confession of the Queen and others, they said little or nothing; but what was said was wondrous discreetly spoken. “The first accuser, the lady Worcester, and Nan Cobham with one maid mo; but the lady Worcester was the first ground.”

Sir Anthony Browne was a religious conservative and a proponent of Princess Mary. In fact, he later got in a dicey situation himself for trying to promote Princess Mary’s claim to the throne over that of Princess Elizabeth. He probably wasn’t troubled about helping to bring down the reign of Anne Boleyn.

Elizabeth herself does not seem to have testified directly. Indeed, we don’t even have mention that she was ever personally questioned by the council or judges. We have only the mention that her brother said she’d made these accusations against the queen.

Lancelot de Carles has her offering the information freely, but his poem is a paraphrase of her brother’s testimony. Sir Anthony Browne, knowing his sister was a close confidant of the queen, may have interrogated her personally as soon the “investigation” of the queen began. He was in the thick of the plot, and his sister could be a valuable tool to getting what the king wanted.

We can only speculate as to what happened, but Elizabeth must have been badly frightened if her brother approached her with the accusations of immoral behavior. She would have feared for her position at court. Anne was very strict about moral behavior in her ladies; she had even sent her own sister away from court for misconduct. Elizabeth must have been terrified the same thing would happen to her. Since Elizabeth was heavily pregnant at the time the allegation was made, she may have feared her husband would claim the child was not his.

With the secret loan from Anne and the accusations of immorality hanging over her head, Elizabeth could have thought her marriage, her child, and her future at court were all at stake.

Then, she would have realized the true scope of what was happening. If she did not “confess” to witnessing Anne’s misconduct, Elizabeth might have feared she would be accused of assisting her. She could do only what the rest of the court was doing: obey the will of the king and hope that the shadow of the axe passed away her own family. Jane Parker may have faced the same sort of choice. 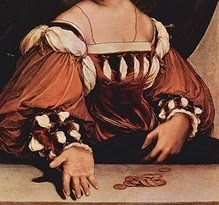 The Somersets did not escape unscathed. Elizabeth’s husband’s sister was married to William Brereton, one of the men accused of adultery with Anne Boleyn. Brereton  just so happened to be withholding control of some lands that Sir Anthony Browne wanted. In short, he had a financial incentive to see to it that his sister cooperated.

Anne didn’t know that Elizabeth had betrayed her when she was imprisoned in the Tower. She is recorded to have worried about Elizabeth’s pregnancy.

[Anne] myche lamented my lady of Worceter, for by c[ause that her child di]d not store [move] in hyre body. And my wyf sayd, what shuld [be the cause? And she sai]d, for the sorow she toke for me.

The “sorrow” Anne spoke of was likely her own miscarriage in January and the subsequent loss of the king’s favor. It was believed in the Tudor era that any stress or unpleasant sights a pregnant woman encountered could severely impact her pregnancy. 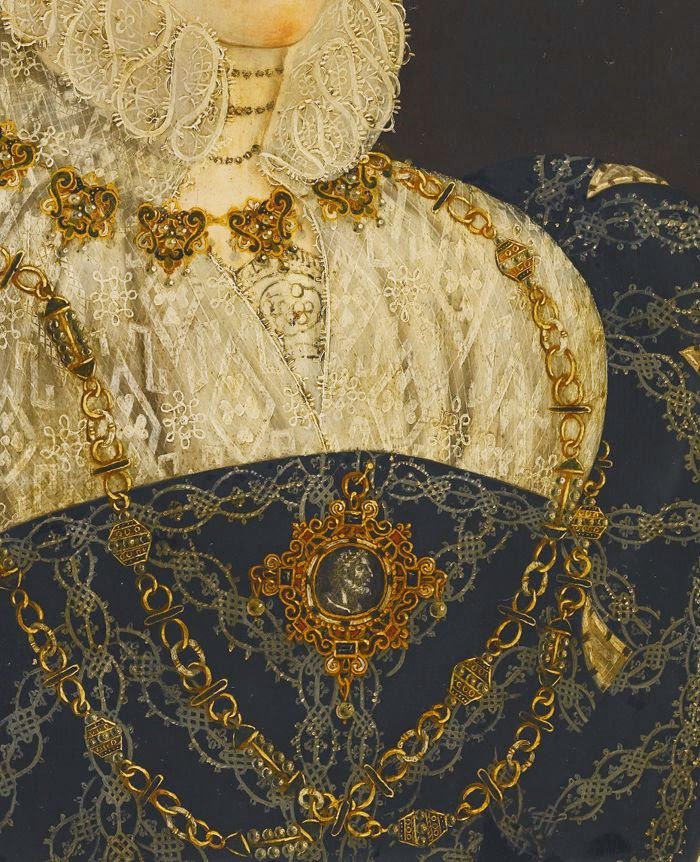 Anne was executed, along with her brother and the other men accused of being her lovers. Elizabeth and her husband left court, probably when Anne Boleyn’s household was dissolved. She resided afterward in Tintern, Monmouthshire, Wales.

Sometime before September, Elizabeth gave birth to a daughter she named Anne. Was it in remembrance of the doomed queen whom had once been her friend, or after her long-dead sister, Anne Browne, who had been the second wife of Charles Brandon, an enemy of Anne Boleyn?

Two years later, Elizabeth wrote a letter to Cromwell, thanking him for being so kind in the matter of the money she had borrowed from Queen Anne. She asked him not to tell her husband about the loan because he didn’t know about it – or how she had spent it – and she didn’t know how he would take it if he found out. There is no mention of whether she actually repaid the debt or not before her own death in 1565. If not, it would have been one of the debts paid for by her estate after her will was probated.

Elizabeth is buried beside her husband in Cheapstow. Her tomb can be seen here.

Erasing Anne Boleyn from History: The Emblems and Badges
“Why did you chose history
Spread of Protestant Ideas
The Beginning of the End for Katheryn Howard
Henry Tudor
Share On Facebook
Share on Twitter